Delicious Dinners/ How to recipes

How to make roti you will love 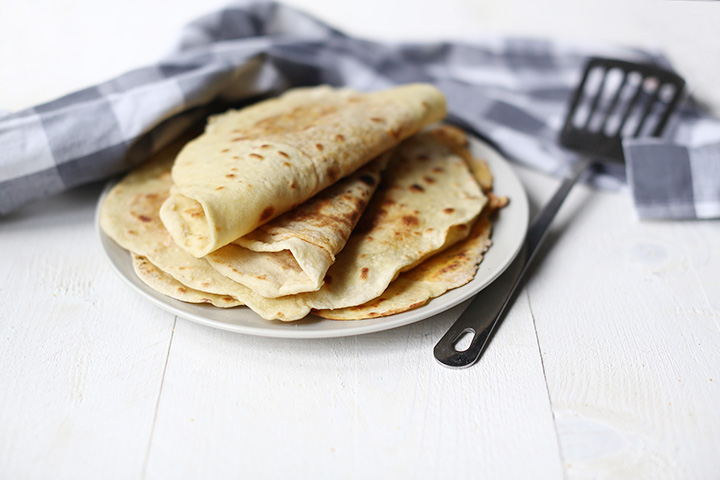 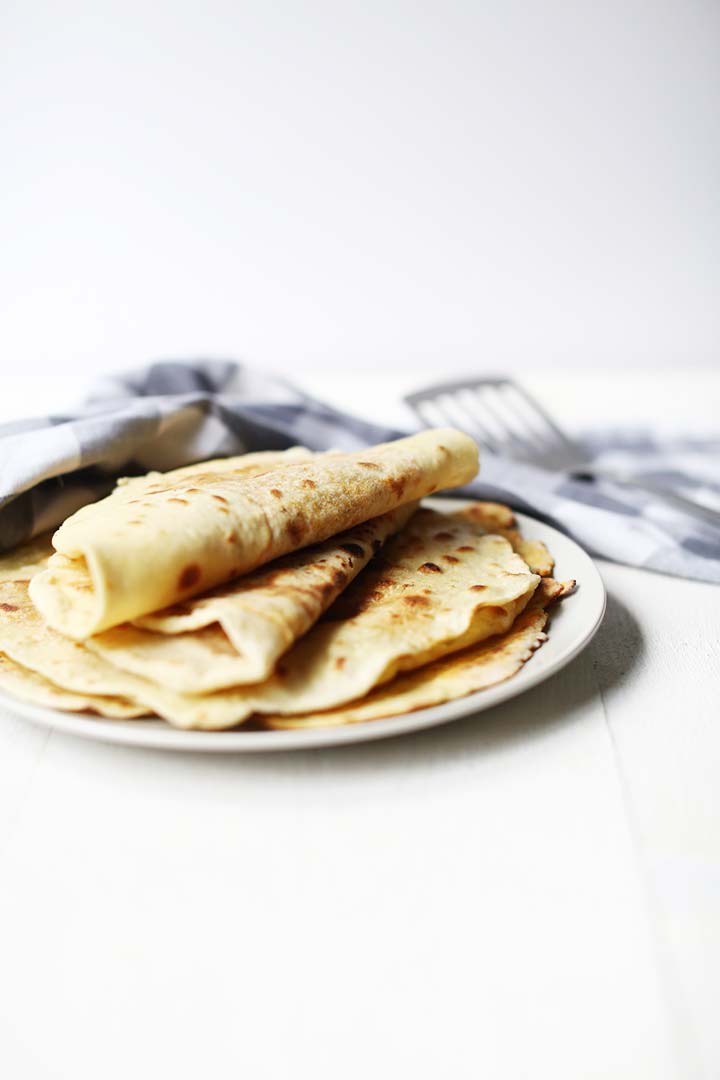 How a scent can bring you back almost like time travel. I can see it all in front of me again without having to even close my eyes. It is just like I’m there again. The same applies to the dish we are making today.

I don’t know about you but when it comes to food for the longest time my eyes were always bigger than my stomach.

Seriously over estimating the amount of food I could eat. We had a rule at home that we always finish our plate and to this day I find it hard to leave food on the table.

This one time we were at a birthday party of my aunt. In Surinam culture it is common that when you go visit on a birthday you eat a meal and this time was no exception.

My aunt and three or four other ladies were working hard in the kitchen to make sure everybody got to eat. Can you imagine on a birthday cooking for like 40 to 50 people?

She was making roti with all the bells and whistles. So the roti base, potatoes, chicken or beef, egg and kouseband, which is like a long green been cut into very small piece. 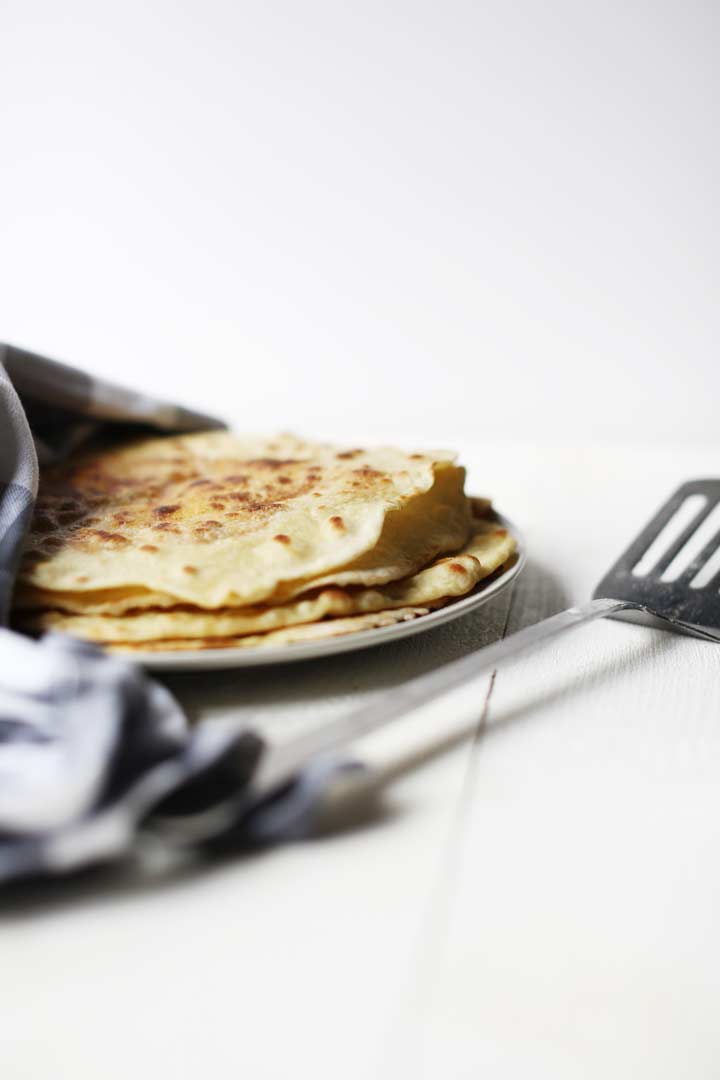 For all the children they would cook kids size roti but I thought I would have no problem eating a grown up portion. So my aunt made me one.

I think I sat there for more than an hour trying to eat it all. My father a little annoyed that my eyes were bigger than my stomach said nothing but the expression on his face said enough.

I chewed and chewed and finally I managed to finish my plate or that is what I can remember. It would not surprise me if in the end my aunt took away my plate saying something like, enough is enough child.

Well the scent of cumin and dahl, that is so characteristic for soft roti that it takes me back to that birthday every now and again. 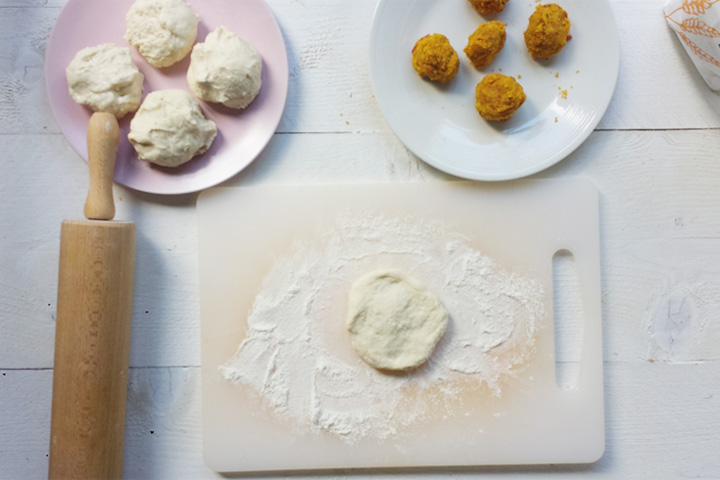 To make this roti recipe with dahl you need quite an extensive shopping list. You need the following ingredients:

If you do not have self raising flour you can use flour and add baking powder and baking soda to make your own self-raising flour. 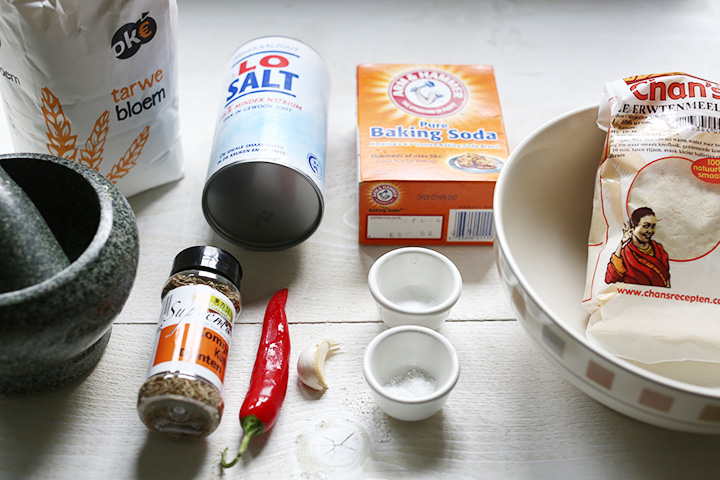 How to make roti with dahl

Making roti is not difficult but has a number of steps. Today we are making roti with dahl filling but you can also make roti with potato filling or without any filling and then it is just a regular tortilla again.

The base of roti recipe is self raising flour or flour with baking soda and baking powder added separately. Further you need water and salt.

You need to create a dough from the self-raising flour, salt, baking powder and water. Stir the mixture by hand and knead it into a consistent and elastic dough with your hands.

When you have a cohesive dough put it in an oiled bowl and brush oil on the dough as well. Cover the bowl with cling film or a kitchen towel and let it rest for 1 hour so the gluten in the dough can do their work.

Put the flour in a bowl and add hot water. Stir the mixture and you get the same result as cooking the yellow split peas but goes a little faster.

Add the garlic, pepper, shallot in a mortar and pound until you have a soft paste. Now it is time to add the cumin and pound so more. Set aside.

Cook the pepper mixture shortly in some oil and add the dahl. Combine the Dahl and pepper mixture and keep stirring until almost all the moisture has evaporated (do not make it to dry). Shape the dahl into small balls.

Take the dough and knead thoroughly. Then divide the dough into 4 to 5 balls the size of a large golfball. Take a roti ball and add the dahl filling in the middle of the dough ball.

Close the dough around the dahl  ball, press flat and then roll into a roti on a dusted counter top with a rolling pin.

The oil will keep the roti soft. Flip regularly and keep them warm underneath a fresh kitchen towel.

These are so good you can eat them all by them selves. Just try you will see I am right. Eat it with some chicken like with the my fathers rustic roti recipe. 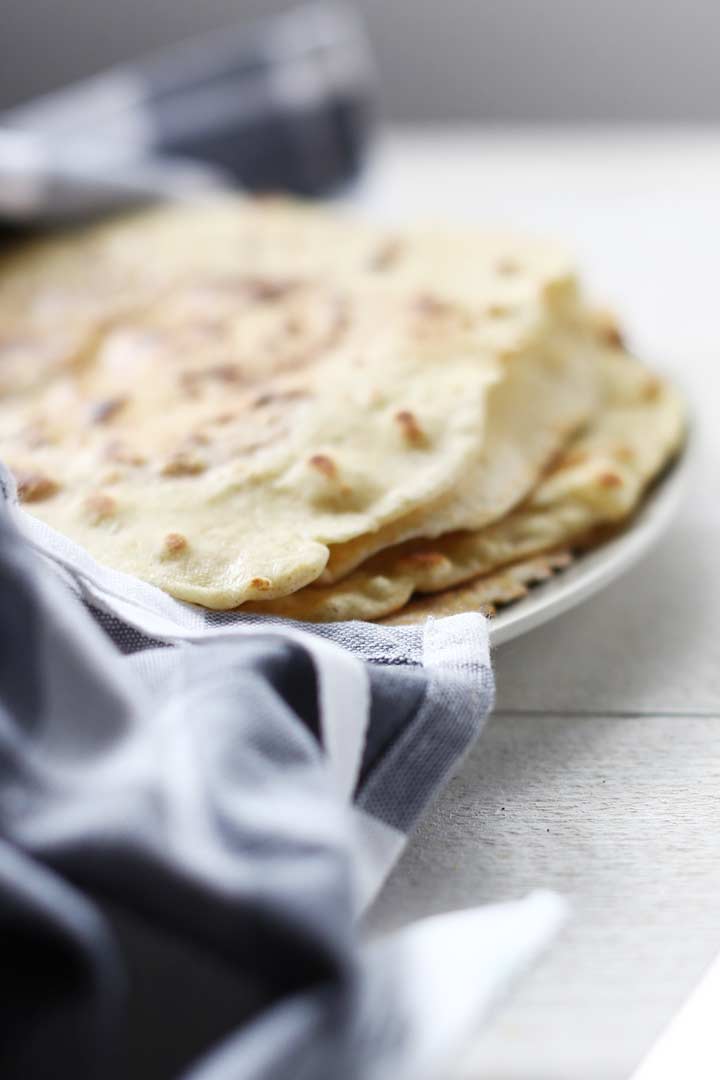 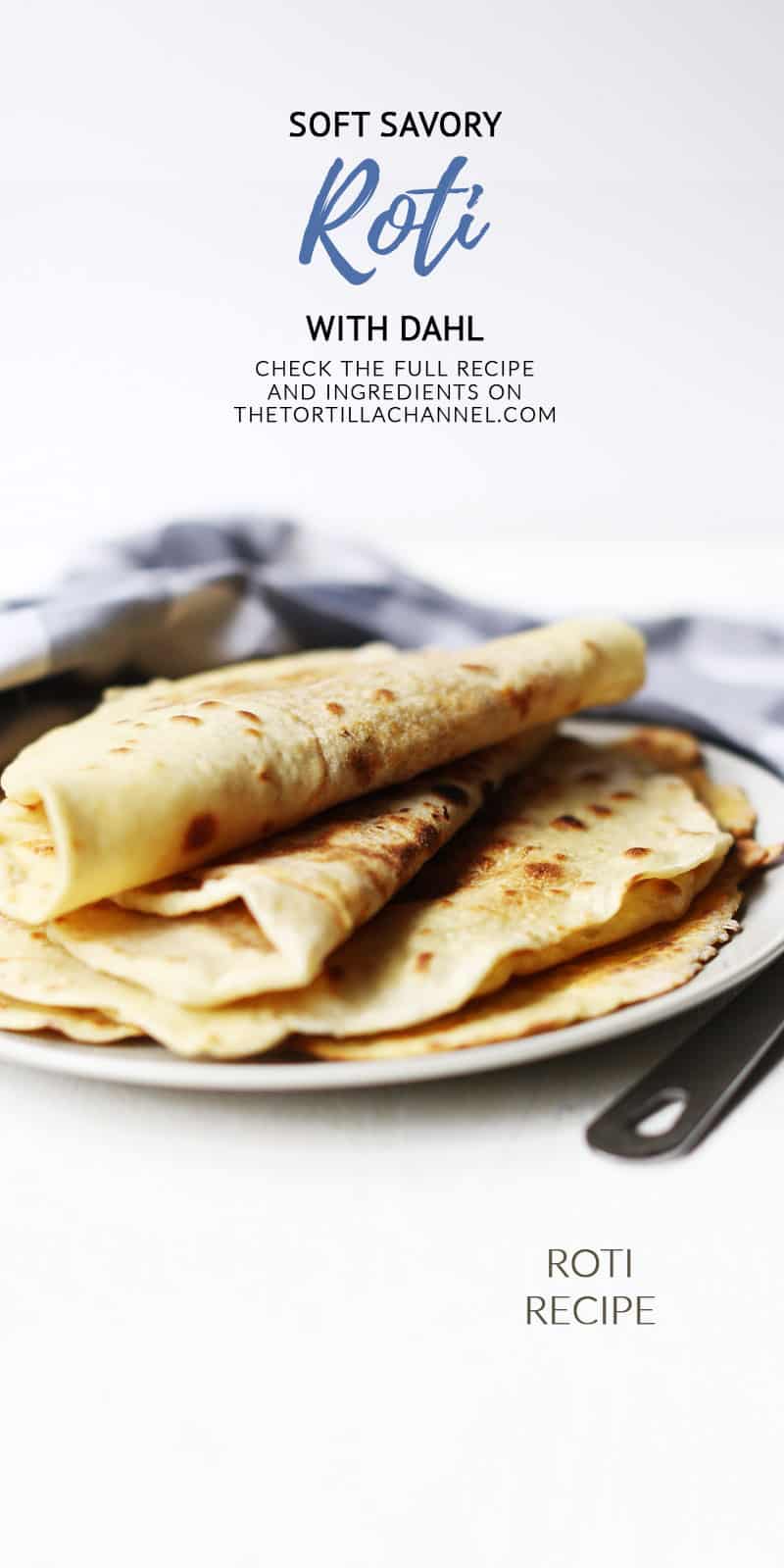 How to store roti?

What is the best way to store roti. You have a couple of options:

When you want to use them sprinkle some water on them and warm them in a skillet for 30 seconds, flip and warm the other side.

See how to make roti

Want to see how to make roti with dahl? Watch the instruction video below:

I hope you enjoy this how to make roti recipe! Made a recipe Tag @thetortillachannel on Instagram or PIN to Pinterest. 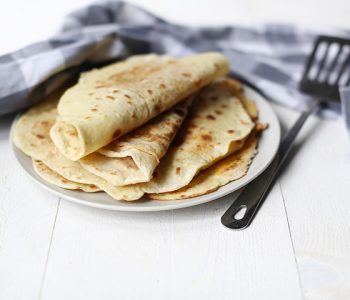 We are making a dish that is very common in the Surinam. Today I show you how to make soft savory roti with Dahl filling. Lets get started!

Make certain there is enough moisture in the dahl. Else the center of the roti will become very hard.

Did you make this recipe?

I love cooking delicious, nutritious food and making professional photos and videos. To combine these together I started The Tortilla Channel. I hope you enjoy it! Did you make one of my recipes? Tag @thetortillachannel on Instagram to let me know. 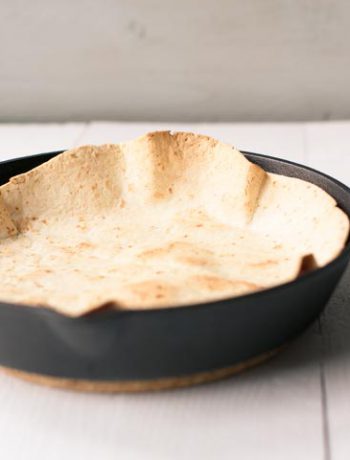 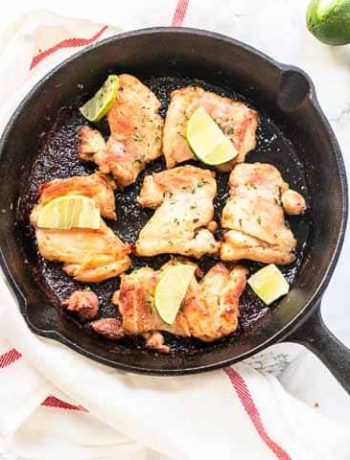 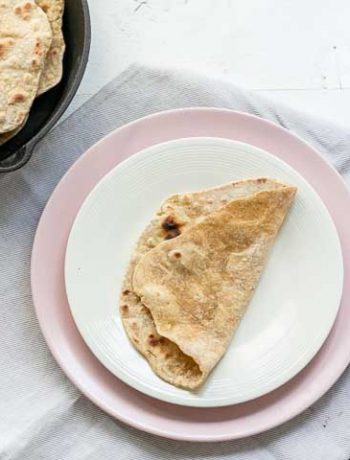 How To Make Moroccan Flatbread With Spices 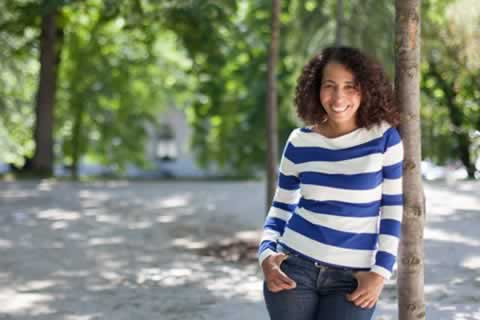 Hi, great to meet you! I'm Mireille and love to combine cooking delicious, nutritious food, photography and making videos.
I hope you enjoy The Tortilla Channel and join me on this food journey.
Learn more about 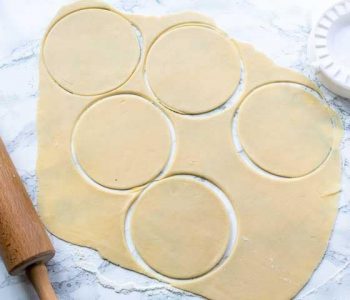 How To Make Empanada Dough The Easy Way 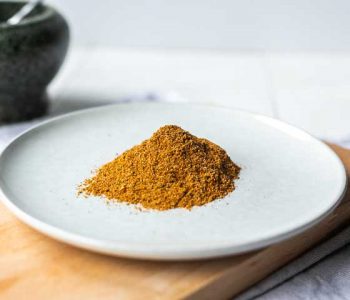 The Best Burrito Seasoning To Spice Up Your Recipes 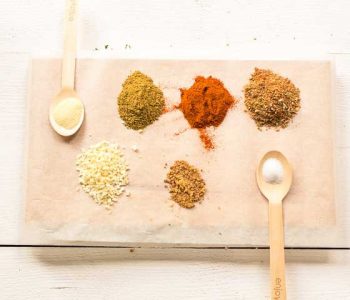 Enchilada seasoning mix that will make your recipes exciting